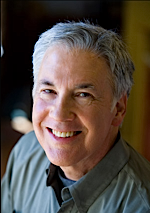 Robert Wells specialize in research and writing relating to residential broadband markets, telecom and the media industry. He has written more than 200 magazine articles and white papers for Cable Television Laboratories Inc. and for various business publications.

His most recent full-time job was a senior consultant with Solista, which was later acquired by Gartner. While there, he provided PR counsel to UPC, the largest European cable and broadband service provide, working out of lively, decadent Amsterdam.

Earlier, as Senior Analyst and Research Director of The Yankee Group’s Home of the Future division, working out of Boston, Wells oversaw research by up to five analysts, spoke at industry conferences, and consulted to such firms as AT&T, American Express, GE, NEC and Citicorp.

Wells has also been a business writer for The Detroit Free Press and Rocky Mountain News (where he also co-edited their Sunday magazine) and was business editor of the Boulder Daily Camera. He co-founded and co-published two successful regional magazines (a newcomer-visitor guide and a monthly real estate magazine).

As sidelines, he runs an online magazine, The Boulder Reporter, and was invited to blog periodically for Huffington Post.